Lording over my quiet floor is a heavenly sight!   So I took the liberty of checking my emails and read some fave blogs…

Not frigid but a wreck.

When one is emotionally wreck, events and circumstances are overwhelming them to the point where they are wrecked, emotionally.

While an emotional train-wreck is a person who is highstrung –who comes into a new relationship with a lot of unresolved issues or who has a lot of emotional baggage (I remembered that one character in the L Word series).

But Mrs. M is different, the doctor fondly called her state as “broken heart syndrome” not because she is broken hearted from a recent break-up but the doctor 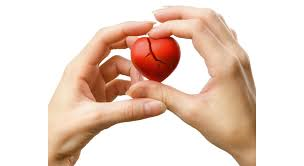 said she has a broken heart from the recent death of Mr. M.

Broken heart syndrome is a temporary heart condition that’s often brought on by stressful situations, such as the death of a loved one.  The condition can be triggered by a serious physical illness or surgery.  Mayo Clinic (2016) says that people with broken heart syndrome may have a sudden chest pain or think they’re having a heart attack.

Mrs. M is still recuperating in the hospital after that incident last week where she just flipped and got confused. Maybe she was really seeing things. She was shouting aloud as if someone is trying to get her “I don’t want to go, I am not ready to go yet, please just leave”.

On the other hand, my Mr. James Bond is losing it too.  Two weeks ago, we had to call his wife because he did not show up for the treatment.  Turned out he was just in their garage trying to figured it out how to come to the Clinic.  But he was fine the rest of the week.  Then last week, he was dropped off by the wife stating that they came from the ER as he was more confused, he was diagnosed with UTI.  Reason enough…he did not want to do his treatment and no explaining can move him to give out his arm to be cannulated and I did not take the risk either of putting him in a detrimental position.  This week he was fine.