dark side of happiness… 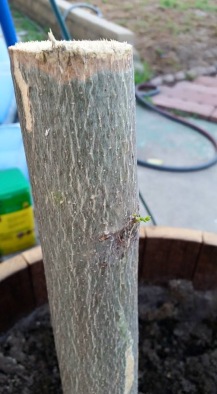 2019.  My supposedly lucky year turned sour on me but I’m glad it’s almost over.  I remembered, Nancy warned me to be careful at the start of 2019.  Well, contrary to what you might expect, the year of one’s birth sign is actually considered to be their most unlucky year.

Unlike the Golden Pig in 2007, the 2019 Earth Pig muddled and puddled me with “nah to the ah, to the no, no, no”… that caused havoc to my state and confidence.

Mesh, who is currently in a not-so-meshy relationship, expressed her excitement for whatever 2020 will bring her—- her birth sign year.  She looks forward to it.  I on the other hand, hopes for a 360° turn of events, for a clean slate.

Four rejections.  Four friends left to move on to another workplace.  Four more won’t hurt me… Four seasons.  Four gatherings.  I got ill four times.  Despite the four by fours, I had fun and enjoyed my recent visit to the Philippines four million times.

One time and only once in 2019 — I moved my lazy bone to go to a movie house— to look for Samantha, LOL, I don’t even know a Samantha!

2020.  I started the year mending that lazy bone, I did not move any bones at all literally, lazing around in the comforts of my goose down sheets.  What a fun way to embark on a new year… while reading my stars in the Golden Rat year.

We were watching the 2004 Troy movie last night… Helen must have been happy with Paris if the Trojan War did not take place.  But she indirectly caused the conflict.  That’s a dark side of happiness.  Sometimes, happiness is detrimental to one’s being.

If Michele asked me before what makes me happy, a curious huntress is asking me if I am really happy with my life… now that’s a bit harsh to ponder.  Not knowing what makes me happy dwindled me down to the drain… where will I be with the latter?